"They are truly beautiful pieces interpretation-wise and it goes without saying that the improvisations are on a very high level as well. This is pure, unfettered music featuring an abundant sense of lyricism that goes deep.  Something I learned from Miles...if you got it, flaunt it!! Jim definitely had a vision and got it right."
- Dave Liebman

"Over the course of nine tracks, the group creates a varied and dynamic atmosphere. There is also an interesting stylistic variation, no doubt due to Robitaille’s thorough expertise as a jazz guitarist. The result of Robitaille quartet’s efforts is a fantastic album – varied, engaging and definitely worth checking out."   - Jazz Journal

"What Robitaille has done with To Music is release a remarkable album of modern post-bop. Robitaille is obviously his own man." - Jazzviews UK

"Quite an impression is made on the listener as these players develop this piece into a breathtaking flight of fancy." - Bill Copeland

"Space Cycles is a unique and extraordinary jazz album, that ventures beyond conventional boundaries." -  Midwest Review

"..With a guitarist with the skills to bring it all together, the Jim Robitaille Group's debut To Music is familiar but also has its own identity."
- Jazz Improv Magazine 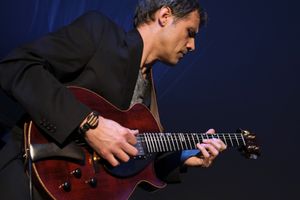 The Jim Robitaille Group's debut recording entitled "To Music" featuring saxophonist Dave Liebman, received international critical acclaim winning three international composition awards for three of his compositions from the recording. The CD was number five in the top ten list of 2004 by the Daily Ipirotikos Agon and the Apopsy in Greece and was the publishers pick for All About Jazz and the Boston Herald. The recording received international airplay and was #1 chart-bound on the JazzWeek Jazz chart. His recording A View From Within on also features Dave Liebman and made the top 100 on JazzWeek as well as Royal Stokes top ten jazz releases of 2109.
Awards include The 9th Annual Thelonious Monk International Jazz Composers Competition sponsored by BMI, The 2002 Great American Song Contest First Place Instrumental Category, and The 2002 Great American Song Contest Outstanding Achievement in Songwriting Award. Other accolades include The 2011 Assets For Artists Grant, The Julius Hemphill Jazz Composers Alliance Competition, The International Songwriting Contest, Budrus documentary film, and numerous performance grants from the Massachusetts Cultural Council For the Arts.
Jim has studied guitar and improvisation with jazz guitarist Jon Damian at the Berklee College of Music, Boston, MA, and improvisation with Charlie Banacos. Robitaille has performed concerts and taught workshops, classes, clinics, and master-classes in Quebec Canada, St John U.S.V.I, Westfield State College, Berklee College of Music, Brandeis University, Holyoke Community College, The University of Massachusetts Dartmouth, Cape Cod Community College, Connecticut College, Western New England College, Bristol Community College, Falmouth Academy, and Tabor Academy, and is an applied jazz guitar lecturer, ensemble director, and founder and director of the Performance Jam Session Series on the Jazz Faculty at the University of Massachusetts Dartmouth. 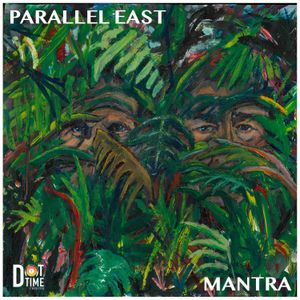 Nightfall by the Jim Robitaille Group

Jim Robitaille Group A View From Within EPK with Dave Liebman, Tony Marino, and Alex Ritz